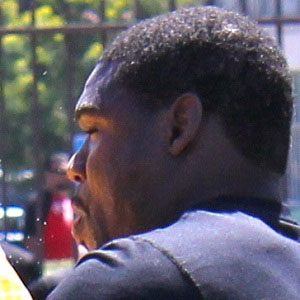 Offensive tackle who was selected by the Dallas Cowboys with the ninth overall pick in the 2011 Draft and earned First-Team All-Pro honors in 2014. He previously won the Morris Trophy as the country's top offensive lineman while at the University of Southern California.

He attended Rancho Verde High School in Moreno Valley, California, where he was ranked as the best offensive tackle prospect in the nation by Scout.

His father passed away when he was one year old. He has five siblings.

He began blocking for Pro Bowl quarterback Tony Romo in 2011.

Tyron Smith Is A Member Of