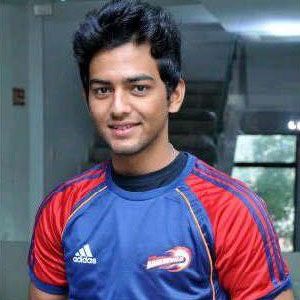 Right-handed batsman who led India victory at the 2012 Under-19 Cricket World Cup, where he hit an unbeaten 111 in the Final. That year, he received awards for Castrol Junior Cricketer of the Year and CEAT Indian Youngster of the year.

He is from the Khudku Bhalya village in the Pithoragarh District of Uttarakhand. He debuted with Delhi's senior team in 2010.

He described his experiences at the Under-19 cricket world cup in his book Sky is the Limit in 2013.

His parents, Bharat Chand Thakur and Rajeshwari Chand, are both teachers.

He has been teammates with batsman Aaron Finch on the Mumbai Indians.

Unmukt Chand Is A Member Of