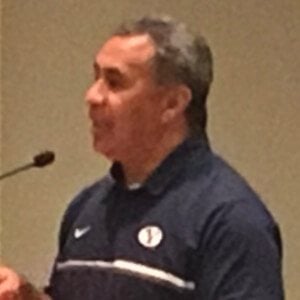 Former NFL running back and kick returner who played eight seasons for teams like the Green Bay Packers and Philadelphia Eagles. After retiring, he became the Sports Director for the Philadelphia-based television station WCAU.

He attended Brigham Young University, where he set the NCAA record for most punt returns in a career.

He is the first person of Tongan descent ever to play in the NFL.

Two of his cousins, Reno Mahe and Deuce Lutui, have also played in the NFL. Actor is his nephew by marriage.

He knocked out former baseball player Jose Canseco in a celebrity boxing match in 2008.

Vai Sikahema Is A Member Of