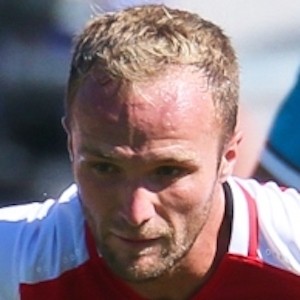 Professional football player who is known for his work as a striker for the Ligue 1 club Olympique de Marseille. He is also known for playing as a forward on the French Under 20 and 21 national teams.

He first started his youth career with ASPTT Orleans in 1996 as a part of their academy. He then played for Orleans, Chateauroux, and Monaco before starting his senior professional debut in 2010 as part of Monaco's II club. In 2011, he began playing for the France under 20 national team and the following year played for their under 21 national team.

He is the son of former French professional football player Bruno Germain.

He played alongside Boubacar Kamara and Lucas Ocampos as part of the Olympique de Marseille club during their 2018 season.

Valere Germain Is A Member Of