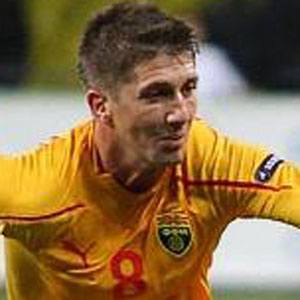 Footballer who played the position of Defensive Midfielder for the Macedonian national team.

He debuted in 2002 with the Macedonian national soccer team.

He played with English, Russian, and Chinese football clubs at various points in his career.

His family lived in the southwestern Macedonian town of Struga at the time of his birth.

He and Yugoslavian soccer player, Nemanja Vidic, were both born in 1981.