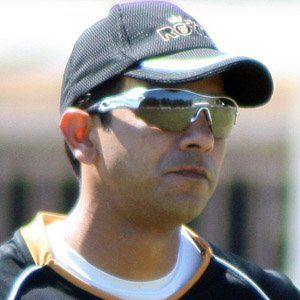 Right-handed batsman who made his domestic team debut in 1995 for Worcestershire. He played for Rajasthan from 2006 to 2007 and joined Surrey in 2013.

He was a youth superstar for Wolverhampton's junior and senior clubs.

He became the 24th batsman in Worcestershire history to amass 10,000 runs for the county.

He was born in Udaipur, Rajasthan, India.

He was teammates with Kabir Ali with both Worcestershire and Rajasthan.

Vikram Solanki Is A Member Of