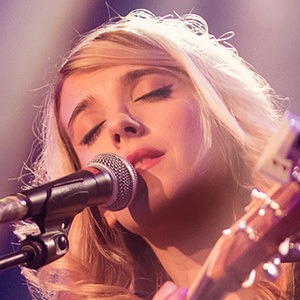 Singer-songwriter who won the 2008 season of Operación Triunfo. Some of her recordings are credited as Virginia Labuat as she was associated with a musical project called Labuat.

She began teaching herself to play the guitar around the age of twelve. She wrote her first songs in a diary that she called Diario de Sensaciones.

She played in her first band when she was fifteen. Influences of hers include The Beatles, Radiohead, Otis Redding, Janis Joplin and others.

She was born in Linares, Jaén, Spain. Her sisters were influential in getting her to play the guitar.

There were rumors that she had began to date Risto Mejide, but they both denies the rumors.

Virginia Maestro Is A Member Of