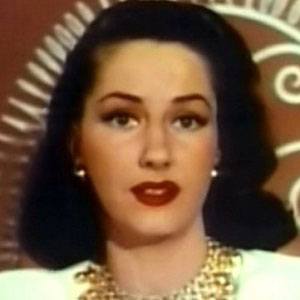 Primarily known as a comedic actress in the MGM musicals of the 1940s, she would sing in a deadpan, expressionless and humorous singing style. Her credits included The Big Store, Lady Be Good, Ship Ahoy, Thousands Cheer and Merton of the Movies.

Her trademark singing style reportedly originated by accident after a severe bout with stage fright left her figuratively paralyzed on stage.

She made her Broadway debut in the musical Keep Off the Grass. She created a cabaret act entitled Virginia O'Brien Salutes the Great MGM Musicals in 1984.

She and Judy Garland were both featured in the film The Harvey Girls.

Virginia O'Brien Is A Member Of