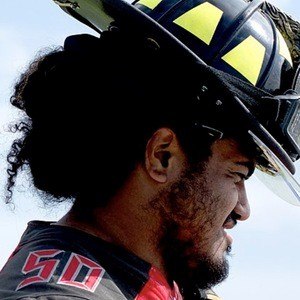 Defensive tackle who was selected 12th overall in the 2018 NFL Draft by the Tampa Bay Buccaneers.

He played for the University of Washington during his college career.

In 2017, he was named Pac-12 Defensive Player of the Year and won the Morris Trophy.

His parents are Sione and Fipe Vea.

He and Vinny Curry both signed onto play with the Tampa Bay Buccaneers in 2018.

Vita Vea Is A Member Of