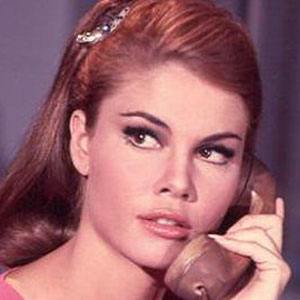 Actress who became known for playing roles in the Green Hornet and Rio Conchos.

She was a fashion model before appearing in an episode of Wagon Train.

She was a stunt double in Sea Hunt, September Storm, What's My Line, and The Aquanauts because she was a scuba diver, a swimmer, and a surfer.

She married and divorced James Mitchum, with whom she had her child named Price Mitchum.

She took a screen test for Billy Wilder after he saw her swimming.

Wende Wagner Is A Member Of