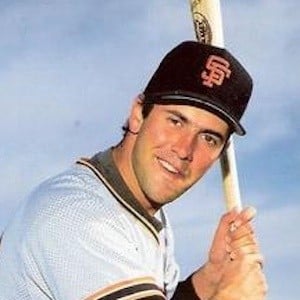 MLB first baseman for 15 seasons, known as "Will the Thrill." He was selected to six All-Star teams and was named 1989 NLCS MVP after helping the San Francisco Giants capture the NL Pennant.

He was a part of the Thunder and Lightning duo, along with Rafael Palmeiro at Mississippi State University.

He has a son named Trey with his wife Lisa.

He starred in the 1984 Olympic Games that featured future major-league stars like Mark McGwire.

Will Clark Is A Member Of