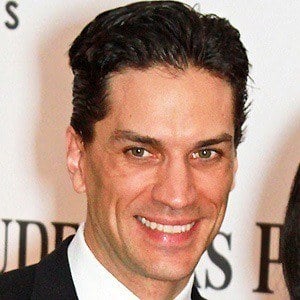 He was born in Utah and attended Brigham Young University before traveling to Ecuador as a Mormon missionary.

He had two sons-- Bridger and Sawyer-- with his first wife, Amy Westerby. The couple divorced, and Swenson married Broadway actress and singer Audra McDonald in 2012.

He performed with his future wife, the musical theater star Audra McDonald, in the Broadway production of the Harvey Schmidt and Tom Jones musical, 110 in the Shade.

Will Swenson Is A Member Of