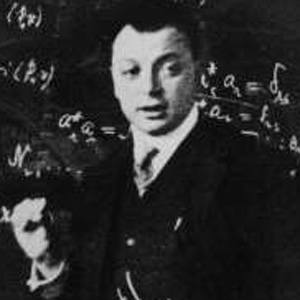 An Austrian theoretical physicist and one of the pioneers of quantum physics. He was awarded the 1945 Nobel Prize in Physics for his work regarding the Pauli principle.

He spent a year at the University of Göttingen as the assistant to German physicist Max Born.

Scientific equipment had a tendency to break when he was in the vicinity, and this phenomenon was coined the Pauli effect.

He was married twice, but never had any children.

He was nominated for the Nobel Prize in Chemistry in 1945 by Albert Einstein.

Wolfgang Pauli Is A Member Of