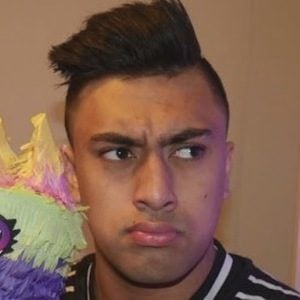 Australian YouTube star who is known for uploading reaction videos covering a range of topics for his 2.1 million followers. He has featured content on the games Fortnite and Grand Theft Auto 5 on his channel.

He first founded his YouTube channel in October of 2014. The first video he uploaded was a game play walk through and reaction video to the popular horror game Five Nights at Freddy's.

He is known for his challenge videos as well including the popular Try Not to Feel Good Challenge which has been a multiple part series.

He was born in New Zealand, but has lived in Australia.

Other YouTube stars who are also known for sharing Fortnite gameplay through their channels include Daniel Harrison and Lachlan.

Yode Is A Member Of