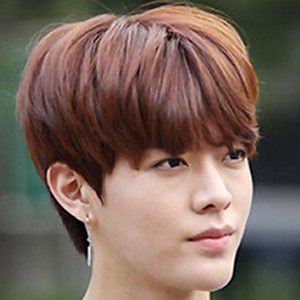 Singer and rapper known for becoming the first Japanese member of the K-pop boy band NCT. His band made their debut in 2016 with the release of the singles "The 7th Sense" and "Without You."

He was a trainee at SM Entertainment and made it through SM's Global Audition in 2012.

He has an older sister and a younger sister.

He and Haechan have both performed with NCT.

Yuta Nakamoto Is A Member Of