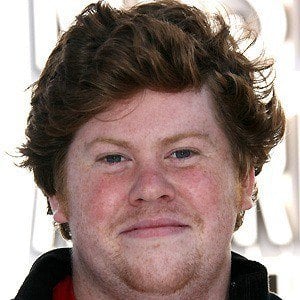 Actor who played Jay on the American remake of the British series The Inbetweeners, and Jack in the comedy film, The Virginity Hit.

He submitted an entry for a contest on the popular website Funny or Die, which led to an audition for The Virginity Hit.

He appeared in a 2013 episode of the comedy series Community, and in a 2012 episode of Workaholics.

He is the son of Susan Weldon and Mark Pearlman and has a sister named Allison.

He appeared as "A.A.Ron"/Aaron in a Key & Peele skit, starring Keegan-Michael Key.

Zack Pearlman Is A Member Of