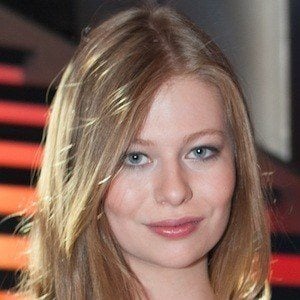 Austrian singer who became known for representing Austria in the national final for the Eurovision Song Contest in 2016. She also appeared in the ORF series Suburban Women to See.

She was featured in a musical project in Papermoon when she was 6. She attended Lycée Francais de Vienne.

She was nominated for Female Artist of the Year at the 2016 Amadeus Austrian Music Awards.

She was born in Vienna to Papermoon founder Christof Straub and singer Roumina Wilfling.

She competed with Iveta Mukuchyan at the 2016 Eurovision Song Contest.

Zoe Straub Is A Member Of