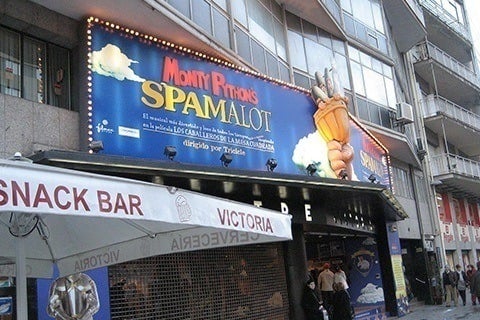 Comedy adapted from the film Monty Python and the Holy Grail which serves as a parody of the Arthurian Legend. The production was directed by Mike Nichols.

It won the Tony Award for Best Musical, and earned Sara Ramirez a Tony for Best Performance by a Featured Actress in a Musical. It also won Nichols one for Best Direction of a Musical.