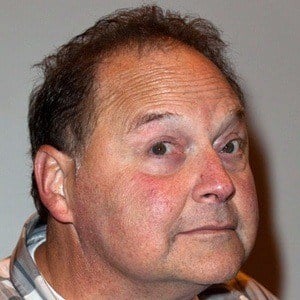 Actor who is widely known for having played Flounder in the classic comedic film National Lampoon's Animal House and its spin-off series Delta House. He would later garner critical acclaim for his turn as Dr. Elliot Axelrod on the TV series St. Elsewhere from 1983-1988.

He worked as a pizza delivery man and would include his head shot inside the pizza boxes as a young actor. He was was cast in Animal House after a film producer saw one of these head shots.

He reprised his role of Flounder to deliver a line for the rock band Twisted Sister's "I Wanna Rock" music video. He starred in the 1979 feel-good sports comedy-drama Take Down as Randy Jensen.

He married his wife Lorraine Wright in 1976. The two remained married up until his death due to diabetes complications in June 2017.

He rapidly rose to fame for starring in Animal House alongside John Belushi.

Stephen Furst Is A Member Of