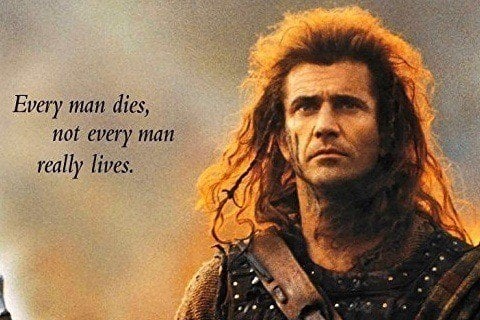 Mel Gibson directed film based on the true story of William Wallace, a Scotsman who led a revolt against the British in the 13th century. The film was nominated for 10 Academy Awards, winning five including Best Picture.

The success of the film led to a significant increase in tourism throughout Scotland and in a heightened interest in Scottish history.