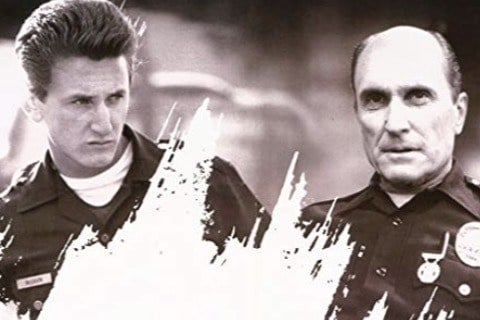 Police procedural film set in various gang ridden neighborhoods of Los Angeles during the 1980s. It centers around an experienced cop and his rookie partner who try to keep the violence to a minimum. It was directed by Dennis Hopper.

The movie marked the directorial return for Hopper 19 years after Easy Rider. Sean Penn was arrested for punching an extra on the set of the film who had been taking pictures of Penn without permission.