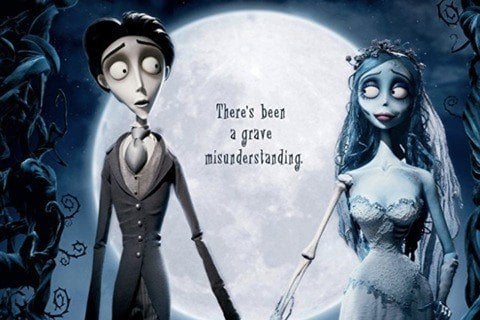 Stop-motion animated film about a shy groom who inadvertently resurrects a deceased young woman after practicing his wedding vows in her presence.

The Tim Burton picture was an Academy Award nominee for Best Animated Feature. It was the third stop-motion feature film produced by Burton following The Nightmare Before Christmas and James and the Giant Peach.

The Adventures of Sharkboy and Lavagirl
Charlie and the Chocolate Factory
Are We There Yet?
Corpse Bride Trivia Games
More Animation Movies
More 2005 Movies