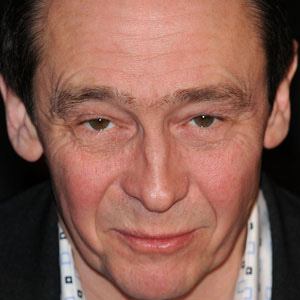 Welsh writer, actor and comedian best known for being in the BBC sketch comedy show 'The Fast Show' from 1994 to 1997. His show, Bellamy's People, premiered on BBC2 in 2010.

He attended the University of East Anglia, where he met the English actor and comedian Charlie Higson.

He was in Tim Burton's Alice in Wonderland, where he played the March Hare.

He divorced his wife, with whom he had three daughters.

Johnny Depp described him as "The best actor of all time."

Paul Whitehouse Is A Member Of