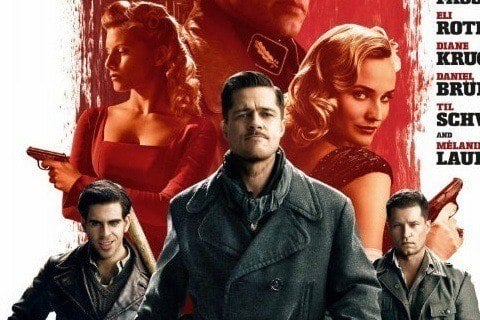 The Quentin Tarantino film follows a group of of US Jewish Soldiers who go to Nazi-occupied France in order to give the retribution the Nazis' deserve-- taking off their scalps.

Christoph Waltz, who plays SS Colonel Hans Landa, won the Oscar Award for Best Performance by an Actor in a Supporting Role. Quentin Tarantino had been working on the film for almost ten years.