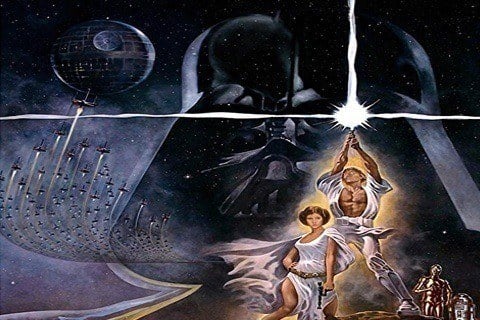 A rag tag group of heroes must save the galaxy from an evil empire. The film is the first in the original Star Wars trilogy.

The film won six Academy Awards including the Academy Award for Best Music, Original Score for John Williams. The film was shot all over the world including Tunsia, Guatemala, and Mexico.