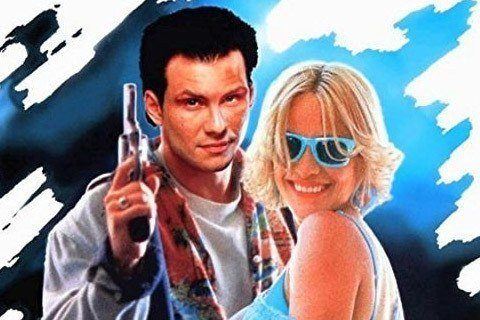 Pop culture nerd, Clarence falls for a beautiful prostitute, Alabama. and later kills Alabama's pimp. Clarence takes Alabama and the pimp's suitcase full of cocaine to Hollywood. However, the mob is on their tail to get their drugs.

Brad Pitt improvised many of his lines. Quentin Tarantino was interested in directing but sold the script instead.