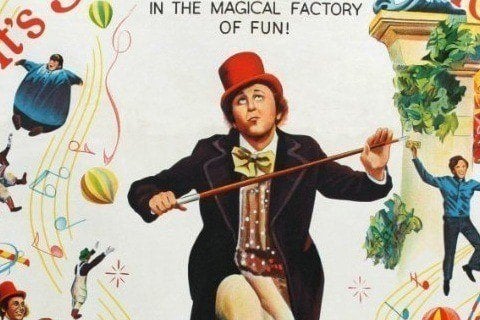 Charlie Bucket finds a golden ticket that grants him entry into Willy Wonka's chocolate factory. It is based on the 1964 novel Charlie and the Chocolate Factory by Roald Dahl.

Willy Wonka speaks English, French, Italian, and German throughout the film. Another adaptation of the novel, titled Charlie and the Chocolate Factory, was released in 2005 starring Johnny Depp.