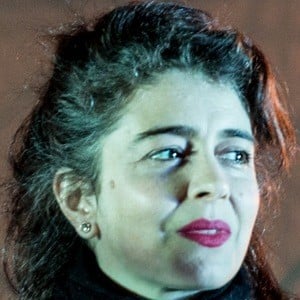 Argentine actress who is best known for having starred on Casados con Hijos, the Argentine version of Married... with Children where she starred as Maria Elena Fuseneco.

Her acting career first began in stage productions in 1992. She made her television debut in 1994 on the series Los Machos. She then went on to make her feature film debut the following year in 1995 in Clorofila Negra.

She has won several awards for her acting including Best Actress for her role in Aire Libre at the 2014 Academy of Motion Picture Arts and Sciences of Argentina.

She lived with actor Rodrigo de la Serna and together they had a daughter.

She starred alongside Ricardo Darin and Dolores Fonzi in the 2017 Argentine film La Cordillera.

Érica Rivas Is A Member Of