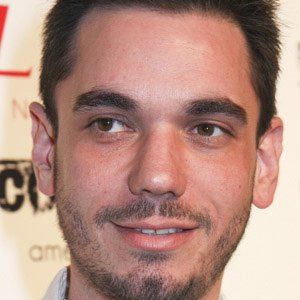 Known as DJ AM. He collaborated with various artists including Travis Barker of Blink-182.

His interest in becoming a DJ was sparked when he saw a performance on the Grammy Awards by Herbie Hancock.

He worked on albums with Madonna, Will Smith, and Papa Roach.

He was in a documentary that was narrated by Blondie's Debbie Harry and was formerly a member of the rock band Crazy Town.

Adam Goldstein Is A Member Of