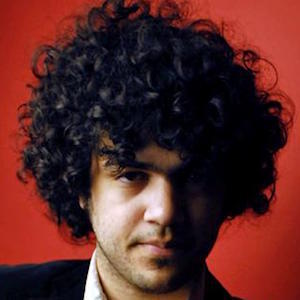 Dominican pop-rock singer who built a fan base on the strength of albums like 2010's Un Domingo Cualquiera and 2015's Cinema Tropical. He has worked with and shared the stage with big name artists like Jorge Drexler, Russian Red and Gaby Moreno.

He moved back and forth between the mainland United States and the Dominican Republic as a child. He started playing guitar and writing songs at age sixteen.

He was named as one of the 100 Most Influential Latinos by Latin Fusion magazine in 2008.

He was born in Santo Domingo.

He collaborated with singer Natalia Lafourcade on the song "Aventurera."

Álex Ferreira Is A Member Of