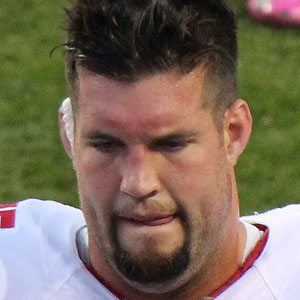 Guard who signed with the San Francisco 49ers in 2009 and made a Super Bowl appearance with the team in 2013. He previously made back-to-back National Championship games with the Ohio State Buckeyes in 2007 and 2008.

He was included on National Football Post's list of the most underpaid players in the NFL in 2012.

He married Dana Armbruster in 2011.

He has played alongside Pro Bowl tackle Joe Staley on the offensive line of the 49ers.

Alex Boone Is A Member Of