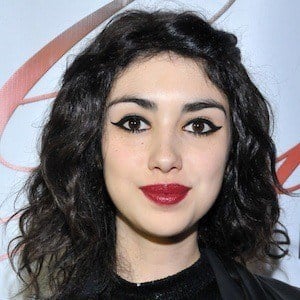 Actress who became known for her appearance in the Tatia Pilieva-directed viral video "Undress Me," which has been viewed more than 40 million times on YouTube alone. She has also been a series regular on Estrella TV's Rica Famosa Latina and appeared in The Resident as Chloe.

She began modeling with Ford Models at age five. She was a cheerleader in high school.

She is a singer who has worked with Grammy-winning producer Humberto Gatica.

She has a younger sister named Athena. She is of Mexican and Egyptian descent. She began dating guitarist Christian Anthony from Chase Atlantic in 2017; but they later broke up.

She appears alongside Estela Mora on Rica Famosa Latina.