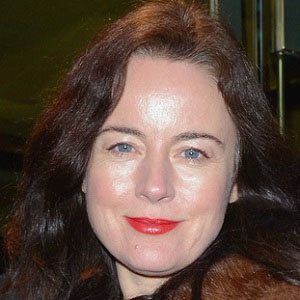 Famous for her portrayal of May Wright on the popular English soap opera EastEnders, she is also notable for her film and stage work. She appeared in the 2008 feature The Other Man and won a London Evening Standard Theatre Award for her work in the Gielgud Theatre's 2003 production of Eastward Ho!

After training at the Royal Academy of Dramatic Art (RADA), she made her London stage debut at the Royal Court Theatre and went on to perform with the Royal Shakespeare Company.

From 2009 until 2010, she appeared in the critically acclaimed Minerva Theatre, Royal Court Theatre, and Noel Coward Theatre production of ENRON.

Born to a vicar and a nurse, she and her three siblings grew up in Lincolnshire and Leicestershire, England.

She appeared with Vanessa Redgrave in the 1997 cinematic adaptation of the Virginia Woolf novel Mrs. Dalloway.

Amanda Drew Is A Member Of