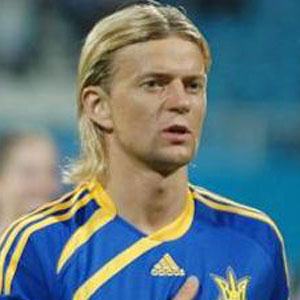 Midfielder who made 227 appearances for Shakhtar Donetsk between 1998 and 2007, helping the team win the Ukrainian Super Cup in 2004; also helped Bayern Munich capture the Bundesliga title in 2010 and 2013.

He began his professional career with Volyn Lutsk in 1995 after spending a season in the club's youth system.

He joined the Ukrainian national team in 2000.

He was born in Lutsk in the Ukrainian SSR.

He played alongside Philipp Lahm on Bayern Munich from 2009 to 2013.

Anatoliy Tymoshchuk Is A Member Of