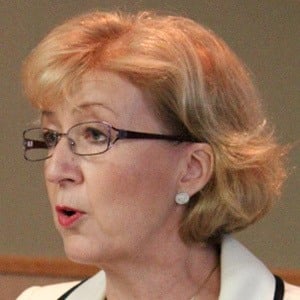 British politician who has served for the Conservative Party as the Leader of the House of Commons between 2017-2019. She was elected as a Member of Parliament from South Northamptonshire in 2010.

She earned her degree in political science from the University of Warwick. Her first job following graduation was as a debt trader for Barclays de Zoete Wedd.

She shares three children with her husband Ben.

She served under then-Prime Minister Theresa May during her tenure as the Leader of the House of Commons.

Andrea Leadsom Is A Member Of