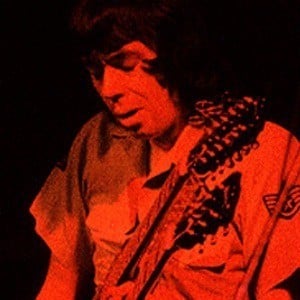 Guitarist who co-founded the progressive rock band Camel and who can play flute and keyboard.

He was in a group called The Brew, which, with a change of a keyboardist, became Camel.

He is the only original member of Camel who remained with the band consistently.

His wife's name is Susan Hoover.

His concept album with Camel, Stationary Traveller, was recorded with a drummer who also played with Ian Anderson and Jethro Tull.

Andrew Latimer Is A Member Of