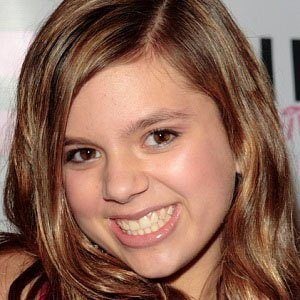 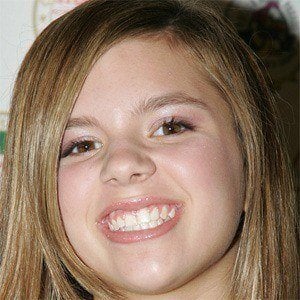 Actress and singer who had guest roles on many television shows including The Bernie Mac Show, Charmed, and That '70s Show. She is best known for her performances as Mandy Valdez in iCarly and as Roxy Hunter in the Nickelodeon movies of the same name.

Through family connections, she began training to be an actress at John Robert Powers acting school at a young age.

She played the adorable Zoe Hamilton in the film The Perfect Man, which starred Hilary Duff and Heather Locklear.

She has younger sisters named Daylia and Hazel.

In 2003, she had the role of a crying little girl in the TV series Charmed, starring Alyssa Milano.

Aria Wallace Is A Member Of