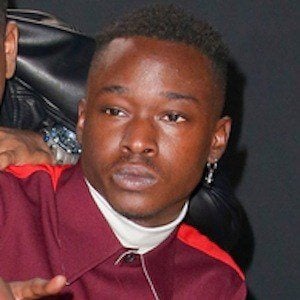 Actor who portrayed the teenage version of the character Chiron in the Academy Award Best Picture-winning film Moonlight. He then booked a part in the film Inner City, joining Denzel Washington and Colin Farrell. He previously had a minor role in Straight Outta Compton.

Coming from a troubled upbringing, he found some solace training at the Amazing Grace Conservatory for 10 years. In 2013, he made his film debut in The Retrieval.

He would attend The Theatre School at DePaul University to obtain his Bachelor of Fine Arts in Acting. He was featured in an episode of the Refinery29 web series The Skinny.

He was born in Carson, California and attended high school in downtown Los Angeles.

He, Trevante Rhodes and Alex Hibbert played varying versions of the same character in Moonlight.

The Equalizer 2
Judas and the Black Messiah
Moonlight
More