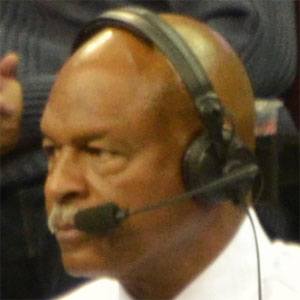 Guard who played in the NBA from 1971 to 1981, primarily for the Cleveland Cavaliers, where he was known as "Mr. Cavalier."

He played college basketball at the University of Notre Dame, where he was the 1971 Naismith and AP College Player of the Year.

He was born and raised in Washington D.C. He married Sharon Carr.

While at Notre Dame, he became the second player to ever score 1,000 points in an NCAA season, joining Pete Maravich.

Austin Carr Is A Member Of