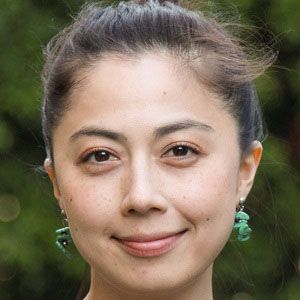 She won a beauty contest at age twelve, which led to a modeling career.

She also became an accomplished writer, having been published in a number of magazines.

Her mother met Steven Seagal when she was his akido master. The couple split when Ayako, their daughter, was a toddler.

Michel Gondry created Tokyo!, a film she starred in.

Ayako Fujitani Is A Member Of