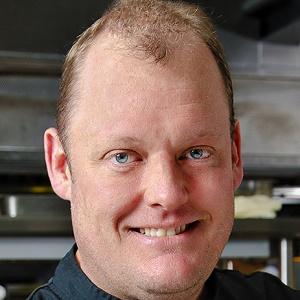 Executive Chef of Sanctuary on Camelback Mountain and its signature restaurant elements who defeated Bobby Flay on Iron Chef America in 2006. He later starred in Worst Cooks in America, competed on The Next Iron Chef, and appeared in several episodes of The Best Thing I Ever Made and The Best Thing I Ever Ate.

His culinary career began when he was 16 years old after securing a position at Crane Brook Tea Room in Carver, Massachusetts. He was recruited to Arizona in 1998 to develop the cuisine at The Ranch on Camelback, which later became Sanctuary on Camelback Mountain.

He has cooked at the James Beach House. He was hired as the personal chef for Wayne Gretzky and his family and has cooked for such personalities as former President George W. Bush, Jay-Z, Beyonce Knowles, Britney Spears, Halle Barry, members of U2 and Arcade Fire, Steve Nash, Bud Selig, and Jacques Pepin.

Born in Portland, Maine, he hails from Plymouth, Massachusetts and is a graduate of Johnson and Wales University in Providence, Rhode Island.

In 2013, he was a recurring judge on fellow Food Network chef Guy Fieri's Guy's Grocery Games.

Beau MacMillan Is A Member Of