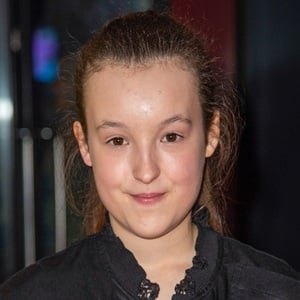 British actress who made her professional debut as Lyanna Mormont in the hugely popular HBO fantasy series Game of Thrones. She would go on to star in the series The Worst Witch, and landed the title role in the Netflix series Hilda.

At the age of 4, she began acting as a hobby through Stagecoach Theatre Arts. She began auditioning for professional jobs while attending The Television Workshop.

She was cast in the 2018 film Holmes and Watson and later in the biopic Judy about the life of actress Judy Garland.

She has an older sister. Her father, Alex, is a businessman.

She would star alongside Tamara Smart in The Worst Witch.  Bella plays Angelica in His Dark Materials with Dafne Keen and Ruth Wilson.