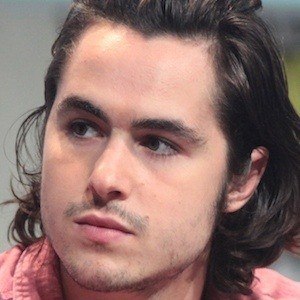 American actor who was in an episode of Law & Order and co-starred on the series Happy Town.

He grew up in New York City and graduated from the Guildhall School of Music and Drama in London.

He portrayed the character of Max Vandenburg in The Book Thief.

He is the son of the actors Stephen Schnetzer and Nancy Snyder and has a brother named Max.

He was featured in an episode of Law and Order, which Sam Waterston is in.

Ben Schnetzer Is A Member Of