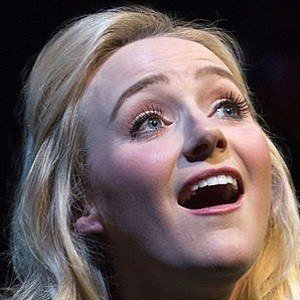 Actress and singer who has won widespread acclaim on Broadway for her musical theater performances as Ellen in Bullets Over Broadway and Rosa Bud in The Mystery of Edwin Drood. She also played Cathy Hiatt in an Off-Broadway production of The Last Five Years.

She was raised in Visalia, California. She graduated from Golden West High School and the University of Cincinnati - College-Conservatory of Music.

She briefly appears in the 2014 film adaptation of The Last Five Years.

She and fellow Broadway actor Adam Krauthamer got married in December 2017.

She starred in the musical Up Here, featuring songs written by Robert Lopez.

Betsy Wolfe Is A Member Of