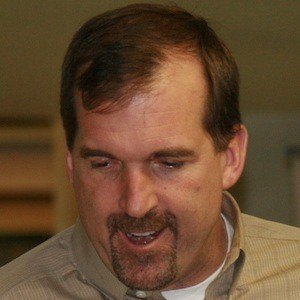 Former professional basketball center known for his time with mid-1990s Chicago Bulls, with whom he won three titles. He averaged 4.6 points and 3.0 rebounds over 15 professional seasons, 12 of which were in the NBA.

He played four years at St. John's University, reaching one Final Four. He was the 16th overall pick in 1985.

He's a member of the Canadian Basketball Hall of Fame. He became a radio commentator after retiring from basketball.

He was born in Montreal, but grew up in Long Island, New York.

He and Toni Kukoc were teammates on the Bulls.

Bill Wennington Is A Member Of