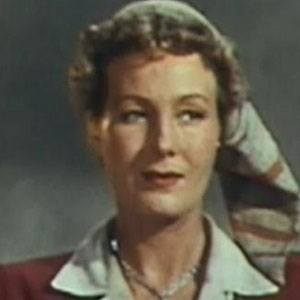 She made her screen acting debut in a 1923 movie titled Phonofilm and next appeared in the 1931 feature Night in Montmartre.

In the early 1960s, she appeared in two episodes of ABC's popular Donna Reed Show.

She was born in London, England, to Rosa Enoyce and George Barnes. Following a brief first marriage to Samuel Joseph, she was married for five decades to film producer Mike Frankovich, with whom she raised three children.

She co-starred with Charles Laughton in early 1930s historical movie The Private Life of Henry VIII.

Binnie Barnes Is A Member Of