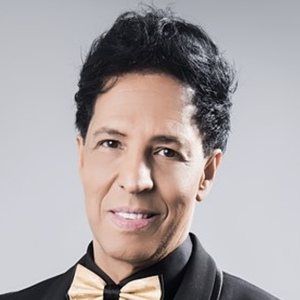 Dominican singer, composer and band leader who has specialized in the genre of merengue. Some of his most successful tracks include "Asesina," "Una Fotografía," "Me Tiene Chivo" and "Merengue Clasico."

He started his career as an instrumentalist in the orchestra of Wilfrido Vargas.

His mother Anan was also a singer.

Lilly Goodman and Omega are two other well-known vocalists who were born in the Dominican Republic.

Bonny Cepeda Is A Member Of