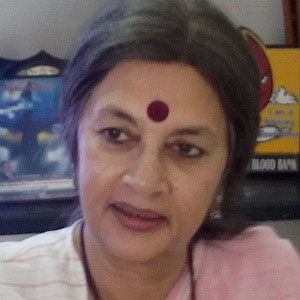 Affiliated with the Communist Party of India, this politician became a member of both her party's Politburo and the Rajya Sabha (India's upper parliamentary house) in 2005. Earlier in her career, she had served as both the secretary and the vice-president of the All India Democratic Women's Association.

In 2005, she published a historical and sociological work titled Survival and Emancipation: Notes from Indian Women's Struggles.

The children of Sooraj Lal Das and Oshrukona Mitra, she and her three siblings grew up in Calcutta, India. She is the wife of fellow communist politician Prakash Karat and the sister-in-law (through her sister Radhika Roy's marriage) to New Delhi Television Limited (NDTV) CEO Prannoy Roy.

Brinda Karat Is A Member Of