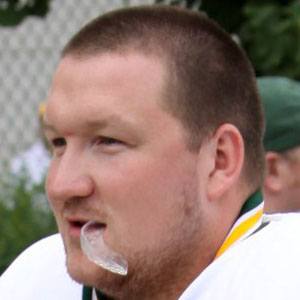 Star of the University of Iowa joined the Green Bay Packers as a defensive tackle, helping the team win Super Bowl XLV.

Starting out at left guard his freshman year at Iowa, he became a starter midway through the season, and earned the first of his three All Big-10 selections.

Selected by the Packers in the first round of the 2010 NFL Draft, he became a starter with the team from the fifth week all the way up through the Super Bowl.

He grew up in Crystal Lake, Illinois, his parents Polish immigrants.

He played for the Packers under the leadership of their head coach Mike McCarthy.

Bryan Bulaga Is A Member Of