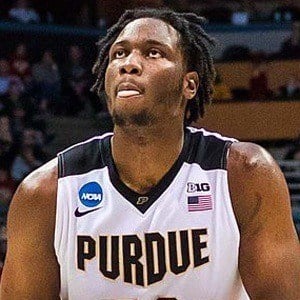 Former Indiana Mr. Basketball and McDonald's All American who committed to Purdue after initially committing to Michigan State. In 2017, he earned Big Ten Player of the Year honors and was named a first-team All-American. He was selected 26th overall in the 2017 NBA Draft by the Portland Trail Blazers.

He became the first major-college player in 25 years to record 600 points, 400 rebounds, and 100 assists in a single season.

He grew up in an unstable home. His mother Tanya tried to raise 6 kids while his father Carl Sr. struggled with crack-cocaine addiction.

Caleb Swanigan Is A Member Of